by Bob Berwyn, Inside Climate News

Scientists are increasingly warning that to avoid catastrophic impacts from climate change, the world’s governments must implement policies for massive greenhouse gas emissions reductions and begin a drawdown of carbon from the atmosphere within ten years. With 9 of 15 global tipping points now active, what we do today can either unleash an inhospitable hothouse Earth or secure a safe climate well into the future. For a safe and healthy future for all, endorse the Climate-Safe California Platform to implement scalable solutions that can reverse the climate crisis.

Increased air pollution from fossil fuel emissions makes all of us more vulnerable to the current COVID-19 pandemic. For a safe and healthy future for all, endorse the Climate-Safe California Platform to implement scalable solutions that can reverse the climate crisis.

by Emily Holden, The Guardian

“The gas utilities are facing an existential threat, and instead of approaching a decarbonizing economy as an opportunity to reinvent themselves, they’re digging their heels in and going back to the age-old tactics of [the fossil fuel industry]”

While the gas industry has been touting how many jobs they support, jobs within the renewable sector are vastly outpacing those in the fossil fuel industry. The Climate Center works toward electrifying buildings and vehicles using 100% clean energy sources such as solar and wind to eliminate fossil fuel-based emissions and promote economic opportunities in the renewable energy industry.

Increased air pollution from fossil fuel emissions makes all of us more vulnerable to the current COVID-19 pandemic. For a safe and healthy future for all, endorse the Climate-Safe California Platform to implement scalable solutions that can reverse the climate crisis.

One of Governor Gavin Newsom’s campaign promises was to wind down the usage of the Aliso Canyon gas storage field, located just outside Los Angeles. New reports show that the facility usage has increased during his governorship

Increased air pollution from fires and fossil fuel emissions makes all of us more vulnerable to the current COVID-19 pandemic. For a safe and healthy future for all, endorse the Climate-Safe California Platform to implement scalable solutions that can reverse the climate crisis.

The transition to 100% clean energy and electrification are a key to achieving the goals of The Climate Center’s Climate-Safe California Platform.

There is a noticeable global surge in methane emissions with the U.S. accounting for the largest source of growth.  If this trend continues, all progress made towards reaching Paris Agreement climate goals will be lost. 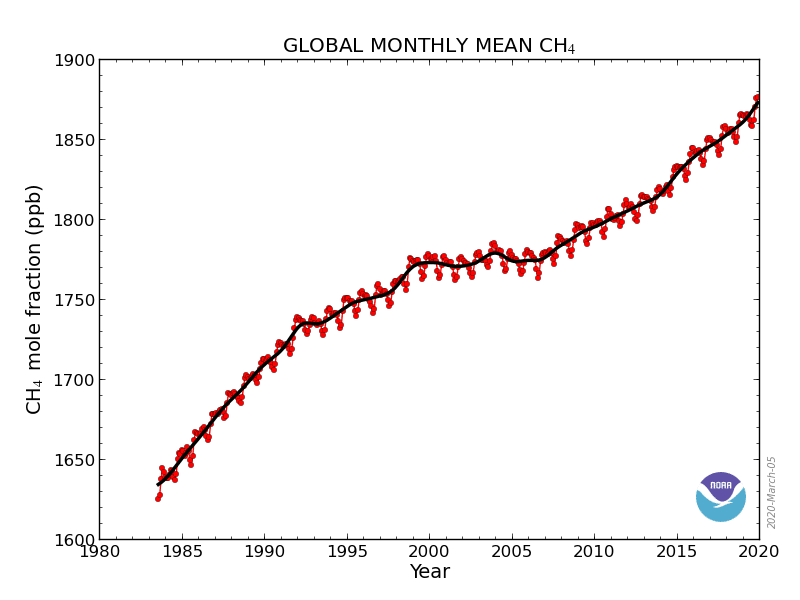 The Climate Center’s Climate-Safe California campaign includes steps to get to 100% clean energy.

The Climate Center supports divestment campaigns that help speed up and scale up greenhouse gas reductions globally and nationally.

A scientific mystery has been solved, giving direction and hope on the climate front.

Methane is 102 times more powerful than CO2 as a cause of climate change, but because it remains in the atmosphere an average of only nine years, reducing methane emissions offers quick and tangible results for fighting climate change. The biggest reductions will come from rapidly phasing out natural gas use, plus eating less meat and getting rid of animal feed lots. Here we consider the biggest culprit, natural gas.

Since 2006, methane emissions have been rapidly increasing, helping to drive up recent worldwide temperatures. Scientists have debated the cause of the increase. Because methane has increased in step with the development of natural gas emissions from hydraulic shale fracturing (“fracking”), many pointed to that activity as the main cause. Other scientists pointed to known increased methane emissions from animal feed lots, as well as tropical wetlands and rice paddies. The data was unclear, because emissions from all sources, taken separately, added up to a total even higher than what was being observed. This cast doubt on all of the scientists’ arguments and no consensus could be reached.

Now the debate has been solved. NASA scientists recently determined that one category of methane emissions, the burning of tropical forests, has declined much faster than previously thought. The result is that the total increase in methane emissions must be primarily due to the oil and gas sector, and renewed attention has now been focused on methane emissions from natural gas leaks. The major oil companies have belatedly recognized this fact, and have now begun measures to try to address this issue by reducing leaks from their operations.

But methane emissions caused by natural gas leaks cannot be reduced enough by the limited steps being taken by the oil giants. Recent studies have shown that leaks from fracking and active oil well drilling, while very large, are by no means the only causes of the problem. Rapidly increasing (and leaky) abandoned oil and gas wells, leaky pipelines, and old, creaking gas distribution systems in cities also are major contributors to the problem. Trying to fix all these issues is prohibitively expensive and ultimately futile. The unavoidable solution to methane leaks is a rapid phase out of natural gas as a source of heating energy throughout society.

The “electrify everything” movement is the result of this methane crisis. Technology is available for transitioning to electric appliances and heating in homes and businesses, even if consumers remain largely unaware of new, low-cost and low-emission options. In California, heating water occupies much of total energy demand, so replacing natural gas water heaters with electric heat pump models is garnering much attention. Ductless or ducted heat pumps that can replace central natural gas furnaces are also gaining ground rapidly. These and other appliances like electric induction ranges, high-efficiency electric clothes dryers, and a slew of other electric products now permit even existing homes to reduce or eliminate their use of natural gas. Such steps are essential to help avoid the worst effects of climate change.

The time to rapidly phase out natural gas has arrived. For more information on how to electrify everything, click here.