In a state that takes pride in claiming to be a world leader in technology and reducing carbon emissions, state and local government decision-makers in California have taken a giant step backward in funding diesel back-up generators to mitigate for Public Safety Power Shutoffs (PSPS).

In recent years, power shutoffs have cost California billions of dollars. Unfortunately, too much of the State’s response to date has focused funding on archaic and polluting fossil generators, which have lower upfront costs than clean energy solutions, but higher operating costs, as well as higher costs to public health from air pollution.

Governor Newson correctly laid the blame for power shutoffs on investor-owned utility PG&E for failing to maintain infrastructure. In initially announcing power shutoff mitigation efforts, Governor Newsom said, “For decades, they have placed greed before public safety. We must do everything we can to support Californians, especially those most vulnerable to these events. These funds will help local governments address these events and assist their most vulnerable residents.”

The recently-completed 2019-20 Legislative Report on the use of $75 million in allocations made to support state and local efforts to mitigate power shutoff events explains how most of the money has been spent: on diesel generators. And except for about $100,000 that Alameda County used to purchase 96 1000-watt personal back-up battery power packs to loan to people reliant on electric-powered medical-support, very little was reported to have been spent by governments to “assist their most vulnerable residents.”

All 58 counties received $26 million in total, of which $16 million went for fossil-fuel generators and the fuel tanks and controls to operate them. Only one county, Imperial, bought a solar-plus-battery system for $100,000 instead of generators.

As for the 39 cities that were allocated $10 million, $7.3 million went for fossil-fuel generators, fuel tanks and controls. Three cities bought solar-plus-batteries and no generators. They were American Canyon, $300,000; Orinda, 217,417, and Willits, $149,000 (with a population of 4,893). These cities should be commended for their leadership.

Out of $35 million allocated for state agencies, more than $20 million was spent on generators, only $562,500 on solar-plus-batteries.

The growing use of diesel generators following recent climate change-exacerbated fires is extremely troubling. At a January California Energy Commission workshop on alternatives to diesel, the Climate Advisor to the Bay Area Air Quality District (BAAQMD) reported that highly energy-dependent businesses such as data centers have already added an additional 1000 Megawatts of new diesel generation just in the Bay Area with another 1500 Megawatts expected to come online, further adding to the roughly 80,000 MW statewide that existed in 2018 prior to the devastating 2019 and 2020 PSPS events.

Diesel generators do not need permits if they are 50 horsepower or less and BAAQMD has no idea how many of those exist. But they have permitted 10,000 diesel generators in the Bay Area district and are finding they are used more than previously thought.

California’s state and local leaders can and must do better.

That’s why last year The Climate Center launched an initiative for equitable clean and smart microgrids to build Community Energy Resilience. And we are partnering with lawmakers on legislation that supports equitable access to reliable and safe clean energy solutions.

Learn about these bills and take action today. 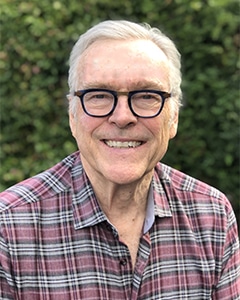