We live in an extraordinary time for California’s budget. Despite previous predictions of a major COVID-induced deficit, the state instead is currently sitting on an unprecedented budget surplus to the tune of nearly $100 billion. This presents a massive opportunity to invest in climate resilience, clean energy, green jobs, and more.

The legislative budget process is an evolving, months-long, and often opaque process (learn about it in more detail here). Right now, we’re nearing the end of that process. In accordance with the state’s June 15 deadline, lawmakers voted to adopt a budget earlier this week. However, negotiations between the legislature and the governor are ongoing, and the state’s final budget won’t be revealed until later in the month. Typically by now, lawmakers are debating which pieces of the budget to cut, but that’s not the case with this year’s historic surplus. Instead, they’re debating where to invest.

Some of the packages to take note of include:

These are, without a doubt, historic investments. But there are more details to work out before we can get too excited. How these packages are implemented, how investments are directed, and who controls the money will all be hammered out through additional legislation called trailer bills. It’s vital that the money we invest in climate solutions be doled out equitably, that communities already enduring climate impacts get their fair share, and that we support oil and gas workers as we transition to renewable energy sources.

Finally, while this budget includes significant investments in climate programs, it still falls short of what we need to comprehensively address the climate crisis. The costs of waiting — more devastating fires, burdens on the healthcare system, and more — are so much higher than the costs of taking bold action today. We look at this year’s budget as a downpayment. California is beginning to invest in the kinds of programs that will stave off the worst impacts of the climate crisis, but this can’t be a one-time thing. Creating the safe, healthy, just future all Californians deserve requires sustained, significant investment from our leaders in Sacramento. 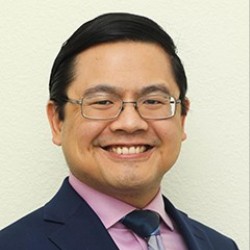 Vincent Wiraatmadja
Vincent Wiraatmadja is an experienced policy advocate working at the intersection of climate policy and technology. Before joining the Climate Center in 2021 as its first Government Affairs Manager, Vincent worked for more than half a decade at a top-tier Sacramento lobbying firm, where he represented clean energy and clean transportation companies before the Legislature and regulatory agencies. During the course of that work, Vincent was at the center of numerous efforts to enact policy frameworks that enabled the development and adoption of the climate-focused technologies California needs to achieve its ambitious goals, ranging from heavy-duty zero-emission vehicles to resilient distributed energy systems. Vincent now uses this robust combination of policy knowledge, legislative strategy, and understanding of business needs to support the Climate Center’s Climate-Safe California campaign and its focus on accelerating climate action timelines in California through legislation and other policy mechanisms.

Our strategic goal: By 2025, California will enact policies to accelerate equitable climate action, achieving net-negative emissions and resilient communities for all by 2030, catalyzing other states, the nation and the world to take climate action.
Ann Hancock stepping down after two decades of extraordinary climate leader...

Janina Turner / The Climate Center No climate, no deal: The importance of the Civilian Climate Corps
Scroll to top
En Español »