When I leased my 2017 Nissan Leaf, I figured that for longer trips, I would rent a car and would still come out ahead in terms of money because of the good deal I got on the Leaf and the fact that I don’t take many long trips (several new EV models have longer range).

As I planned to visit my friend in Lake Tahoe, I thought this would a time I’d need to rent a car. But then I looked at my handy-dandy charging app and saw that there are quite a few DC fast chargers along Highway 80. It turns out that there’s a charging network called Drive the Arc which has placed many DC Fast chargers between Monterey and Lake Tahoe. “Awesome”, I thought, “I’ll drive my Leaf to Tahoe.”

The short version of the story is that I made it there and back! Yay for road tripping with an EV. It was fun to go so far on electricity and even better that it was all free thanks to Drive the Arc and my Nissan “Easy Charge” card (a 2-year benefit of leasing/buying from Nissan).

The slightly longer version includes some lessons I learned before and after my adventure.

The bottom line for me is that I would take my Leaf to Tahoe again although probably not in winter. I enjoyed driving my comfortable, zippy car up over Donner Summit although I was not in the fast lane as I was trying to conserve power. It was really fun to see how far I could go driving downhill!

Most of the time, I can get where I need to go and back without charging. But, now, I won’t hesitate to go much farther with my Leaf. 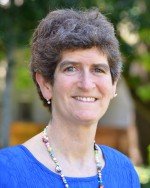