by Woody Hastings  |   September 16, 2015 The 2015 legislative season came to a close on Friday September 11th. Several bills that the Center for Climate Protection endorsed were either extended as two-year bills that will be taken up again when the next session begins in January, were enacted with significant amendments, or were … Read more 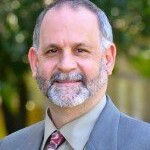