By Buddy Burch, The Climate Center

In March 2020, we launched an update to the Survey of Global Activity to Phase Out Internal Combustion Engine (ICE) Vehicles. This survey, which details leadership and innovation in pursuit of electrifying the transportation sector for a climate-safe future, has been an ongoing effort at The Climate Center. We are thrilled at the readership and the response to the survey, and we will continue to ensure that the document serves as a resource for folks working towards zero-emission transportation.

Below are  changes identified in this update. First, Egypt, Iceland, Slovenia, Sri Lanka, and Sweden have been added to the list of countries working to phase out ICE vehicles. The report now features major players from Europe, Asia, the Middle East and Northern Africa, and South America, making this a global effort. The “countries” section also features an ongoing discussion within the EU. Countries within this economic bloc are currently discussing whether or not to roll out a ban as a single actor, or if the decision will be made on a county-by-country basis.

The push to electrify transportation will continue as we work together toward net negative emissions by 2030 for a climate-safe future. We welcome your questions and updates as we strive to support speed and scale solutions with the best information available. Future updates to the “Survey on Global Activities to Phase out ICE Vehicles” will be shared at theclimatecenter.org.

A new comprehensive study finds that electric cars are much more climate-friendly than their gas and diesel counterparts.

Florian Knobloch at Radboud University in the Netherlands and his colleagues looked at the average emissions across many classes of car and the projected carbon emissions generated on average over a car’s lifetime, including during its production, while it is being driven and when it is destroyed, for all the conventional and electric cars sold in 59 regions across the world in 2015. These represent 95 percent of the world’s current road traffic. Study findings: 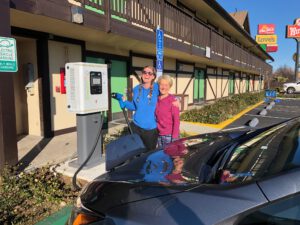 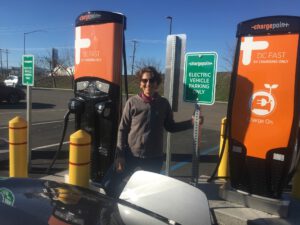 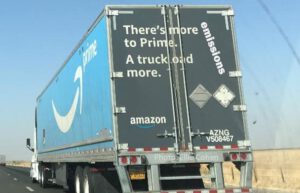