How Republicans think about climate change

Republicans are not a monolith on climate change 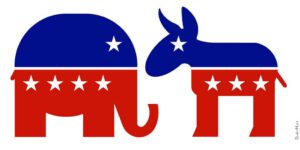 Republican lawmakers have been attacking the Biden Administration’s actions to address the climate crisis. However, not all Republicans align. The party is split and the recent mass power outages during a severe storm in Texas may drive a deeper wedge into the party as Republican lawmakers were seen as having failed their constituents. In Florida, the GOP recently released a $100M+ plan to address flooding caused by climate change, although nothing to halt or reverse climate change itself. Recent polls show the fissure among Republican voters is generational and there is a substantial chasm between Democrat and Republican voters when it comes to understanding the causes and risks of climate change.

No matter what direction the political winds blow, the planet continues on its dangerous path of warming as humans continue to burn fossil fuels at an alarming rate. Scientists are increasingly warning that to avoid catastrophic impacts from climate change, the world’s governments must implement massive reductions of warming emissions and begin a drawdown of greenhouse gases (GHG) from the atmosphere over the decade ahead.

For a safe and healthy future for all, endorse the Climate-Safe California Platform to implement scalable solutions that can reverse the climate crisis.

To learn more about how to vote for the climate, click here or read below.

Our strategic goal: By 2025, California will enact policies to accelerate equitable climate action, achieving net-negative emissions and resilient communities for all by 2030, catalyzing other states, the nation and the world to take climate action.
Insurance companies abandoning California at a faster rate, as wildfires wreak...