There is a strong link, often referred to as the water-energy nexus, between water, energy, and the climate crisis. Reducing energy demand — and thereby reliance on fossil fuels — is necessary to drive the clean energy transition forward. Better water management can play a key role in driving down energy demand and its associated climate pollution. Join us to hear from a diverse set of speakers who will discuss how climate change is exacerbating the impacts of California water mismanagement on vulnerable communities. This webinar will also address how the state, local governments, community choice agencies, water agencies, and the private sector must work together to holistically address interrelated water, energy, climate, and equity challenges. Speakers are listed below. 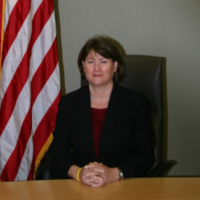 Martha Davis retired from her position as Assistant General Manager/Executive Manager for Policy Development at the Inland Empire Utilities Agency (IEUA) in 2017. During her 17 year tenure, Ms. Davis led many of the Agency’s award-winning planning and green programs including initiatives promoting water efficiency, renewable energy, stormwater capture, green infrastructure, recycled water and climate resiliency. Previously, Ms. Davis served as the Executive Director for Californians and the Land (1998-2000) and for the Mono Lake Committee (1984-1996). Under her leadership, the Mono Lake campaign culminated in an unanimous landmark public trust decision by the State Water Resources Control Board to protect Mono Lake. She currently serves on the boards for the Mono Lake Committee, Community Water Center, and the Rose Foundation Grassroots Fund and on the Steering Committee for the California Water Data Consortium. 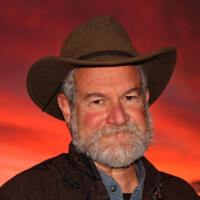 Dr. Robert C. Wilkinson is Adjunct Professor at the Bren School of Environmental Science and Management, and Senior Lecturer Emeritus in the Environmental Studies Program, at the University of California, Santa Barbara. The focus of Dr. Wilkinson’s teaching, research, and consulting is on water, energy, and climate policy. Dr. Wilkinson is a Senior Fellow with the California Council for Science and Technology. He co-chairs the U.S. Sustainable and Resilient Resources Roundtable, advises government agencies, NGOs, and businesses in the US and abroad, and he serves on a number of advisory boards. Dr. Wilkinson served as coordinator for the California Region for the US Global Change Research Program and the White House Office of Science and Technology Policy for the first US climate assessment. In 1990, Dr. Wilkinson established and directed the Graduate Program in Environmental Science and Policy at the Central European University based in Budapest, Hungary. 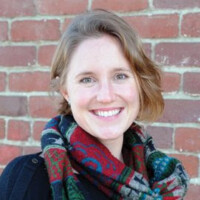 Amanda Monaco works as a Policy Coordinator – Water Programs and helps communities organize and fight for their rights to equitable access to drinking water and wastewater services and sustainable groundwater management with the Leadership Counsel. She is from Gainesville, Florida, and attended the University of Florida, where she got her B.A. in Political Science and also studied Latin American Studies, Sustainability Studies and Anthropology. She received her J.D. from Georgetown University Law Center in Washington, D.C., where she studied human rights, environmental, corporate and trade law. Before working with Leadership Counsel, she was an ally for communities fighting environmental injustices in Latin America with several nonprofits based in D.C. and Mexico City. 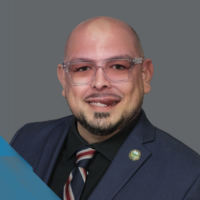 Supervisor Eddie Valero, first elected to the Board of Supervisors in 2018, serves as Tulare County Supervisor representing District 4, which includes the unincorporated communities of Badger, Cutler-Orosi, Elderwood, Goshen, Ivanhoe, London, Monson-Sultana, Seville, Traver, and Yettem. The cities represented in District 4 include Dinuba, Woodlake, and a portion of Visalia. He has been working with the greater North County to positively impact at-risk youth, particularly fatherless young men, throughout the Central Valley. Supervisor Valero’s education in City and Regional Planning along with public service experiences over the years have prepared him to serve District 4. He is a servant leader who believes in community voice and collaboration while valuing ideas and interests. 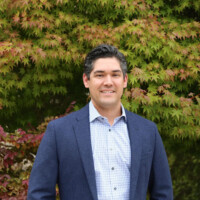 Gabe Ruiz is a graduate of Sonoma State University and lifelong resident of Monterey County. His professional background is in the agricultural industry working with growers directly in the field. Gabe joined Central Coast Community Energy (CCCE) in August 2020 as a Key Accounts Specialist. Gabe manages Key Accounts within Monterey, Santa Cruz, and San Benito County and works with all agricultural customers in CCCE’s service territory. He is the agency’s liaison to the Farm Bureaus, Vintners’ Associations, and other agriculture-related organizations within CCCE’s service territory. Gabe leads the outreach to customers around CCCE’s Ag Electrification Programs, which has committed over $1.1 million to its agricultural customers. 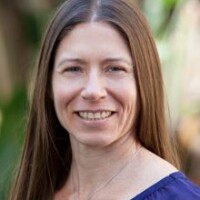 Heather Cooley joined the Pacific Institute in 2004 and currently serves as Director of Research. She conducts and oversees research on an array of water issues, such as sustainable water use and management, the connections between water and energy, and the impacts of climate change on water resources. Prior to joining the Pacific Institute, she worked at Lawrence Berkeley Laboratory studying climate and land use change and carbon cycling. Heather received a B.S. in Molecular Environmental Biology and a Master’s degree in Energy and Resources from the University of California, Berkeley. She has served on the California Commercial, Industrial, and Institutional Task Force, the California Urban Stakeholder Committee, and the California Urban Water Conservation Council’s Board of Directors.

Extreme drought in California is a reminder of the need to address the climate crisis by reducing climate pollution at speed and scale. It’s also a reckoning for California to better integrate water and energy management with the goal of equitable climate resilience for communities across the state.

Climate change exacerbates the impacts of more than a century of water resource management that continues to prioritize the profits of large agricultural producers over the basic needs of families. Longer and warmer droughts reduce the amount of water available from rivers, streams, and reservoirs for agricultural producers, who in turn pump California’s groundwater at unsustainable rates, especially in critically overdrafted basins in the San Joaquin Valley. More than 1 million Californians still lack access to clean drinking water, yet many are faced with astronomical rate increases during dry years that are becoming more common with climate change.

Extreme heat is one example of a pressing climate impact that creates feedback challenges for both energy and water management. It’s also a growing threat to lives and livelihoods across the state, especially for vulnerable communities. Longer periods of extreme heat, which often coincide with drought, could lead to increases in water and energy consumption in both urban and rural communities, especially those that are dependent on energy-intensive groundwater pumping for agriculture. For example, an increase in pumping due to warmer temperatures, which both reduce water supply and make crops thirstier, could threaten grid reliability as people  try to keep their homes cool.

As we phase out water-intensive fossil fuels and ramp up nature-based solutions that allow soils to retain more carbon and water, we should be helping communities become more resilient to localized climate change impacts. We must tap opportunities that are equitable, climate-resilient, and cost-effective.Reducing energy demand and the need for polluting fossil fuel plants will be pivotal as we transition to clean, less water-intensive energy sources like solar and wind. Better water management can play a key role in driving down energy demand and its associated climate pollution. How do we know this? Multiple UC Davis studies have shown water conservation efforts and water efficiency programs are reducing more greenhouse gas emissions than energy efficiency programs are at similar costs. We can also look to the many California communities who have dramatically reduced the amount of water needed for indoor and outdoor use as leaders on this journey to saving more water and energy across the state.