After what we have all been through in 2020, it is clear that climate impacts are more severe than anticipated and are happening faster than we thought. Ben Santer, an award-winning climate scientist, who has stood up to the Trump administration’s attempts to muzzle him and his colleagues by speaking truth to power and just doing good science, discussed the most recent science, some of the implications of what we face, and the urgent need for accelerated action. Jason Barbose, the Senior Policy Manager of Western States for the Union of Concerned Scientists offered his perspective on the state of the climate. Ellie Cohen offered a brief overview of the Climate-Safe California suite of policies that address the climate crisis at the speed and scale required. Click here to read more about the greenhouse gas reduction targets of the Climate-Safe California camapign. 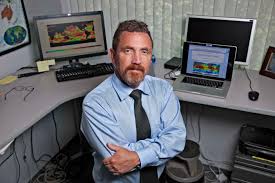 Ben Santer is an atmospheric scientist at Lawrence Livermore National Laboratory (LLNL). His research focuses on such topics as climate model evaluation, the use of statistical methods in climate science, and identification of natural and anthropogenic “fingerprints” in observed climate records. He is a pioneer endorser of Climate-Safe California.

Santer holds a Ph.D. in Climatology from the University of East Anglia, England. After completion of his Ph.D. in 1987, he spent five years at the Max-Planck Institute for Meteorology in Germany, where he worked on the development and application of climate fingerprinting methods.

Santer served as convening lead author of the climate-change detection and attribution chapter of the 1995 IPCC report. His awards include the Norbert Gerbier–MUMM International Award (1998), a MacArthur Fellowship (1998), the U.S. Department of Energy’s E.O. Lawrence Award (2002), a Distinguished Scientist Fellowship from the U.S. Dept. of Energy, Office of Biological and Environmental Research (2005), a Fellowship of the American Geophysical Union (2011), and membership in the U.S. National Academy of Sciences (2011).

In addition to his research, he cares deeply about the communication of climate science to a wide range of audiences. He writes for the Scientific American blog and has appeared on “Late Night with Seth Meyers”.

Ellie Cohen, CEO of The Climate Center, is a leader in catalyzing cross-boundary, collaborative and just solutions to climate change and environmental degradation. She has received numerous honors including the Beyond Duke Alumni Award for Service and Leadership (2019), the National Park Service Pacific West Region Partnership Award (2018) and the Bay Nature Environmental Hero Award (2012).