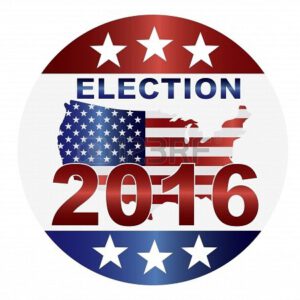 This could go down in the books as one of the most interesting presidential elections in history. Candidate statements on all of the issues have been quite colorful throughout this long campaign cycle. At The Climate Center, we’ve been keenly aware of the peculiar stripes that the candidates have shown with regard to climate change. How well do you know the candidates’ positions on climate?

Inspired by a “family feud style” game that The Climate Center staff invented, we invite you to test your presidential candidate IQ. Below, you will find three quotes each about climate change from the five current candidates. For answers, please see our Facebook page.

1. “Well, I think the climate change is just a very, very expensive form of tax. A lot of people are making a lot of money. I know much about climate change.”

2. “By the time we get through all of my conditions, I do not think there will be many places in America where fracking will continue to take place.”

3. “The radical left loves attacking people as anti-science when anyone dares question their computer models on global warming. They scream, ‘you’re anti-science,’ when someone points out, for example, that in the last 17 years, satellite data shows there’s been no warming whatsoever.”

4. “I happen to believe there is a problem with climate change…I don’t want to overreact to it, I can’t measure it all, but I respect the creation that the Lord has given us and I want to make sure we protect it.”

5. “We have a moral responsibility to future generations to make certain that the planet we leave them is healthy and inhabitable.”

7. “The concept of global warming was created by and for the Chinese in order to make U.S. manufacturing non-competitive.”

8. “Literally, President Obama and I were hunting for the Chinese…There will be no effective efforts against climate change unless China and India join with the rest of the world.”

9. “In fact, climate change is directly related to the growth of terrorism.”

10. “Do I believe there is something called climate change? I do. Do I think that human beings affect it? I do. How much? Not enough for me to go out and cost somebody their job. I don’t know that that’s why you have flooding. I just don’t know enough about it.”

11. “But it’s about power and money. At the end of the day, it’s not complicated. This is liberal politicians who want government power.”

14.  “I know that human beings affect the climate. I know it’s an apostasy in the Republican Party to say that. I guess that’s what I’ve always been — being able to challenge some of the status quo.”

“Flashback round” — Climate quotes from Republicans no longer running

1. “There is no overwhelming science that the things that are going on are man-caused and not naturally caused. Gimme a break.” [Note: Refers to himself not as a climate denier, but rather a “questioner,” and “could be persuaded.”]

2. “We have billions of people who live on the planet; we clearly have an impact on it. To deny it doesn’t make sense.”

3. “We shouldn’t be destroying our economy in order to chase some wild left-wing idea that somehow us by ourselves is going to fix the climate.”

4. “We are not going to make America a harder place to create jobs in order to pursue policies that will do absolutely nothing, nothing to change our climate, to change our weather….”

5. Referred to the Paris climate change conference as “baloney.” “The answer is innovation, and the only way to innovate is for this nation to have industry strong enough that they can innovate.”

6. “While I do think that man may have a role in our climate, I think nature also has a role.”

Our strategic goal: By 2025, California will enact policies to accelerate equitable climate action, achieving net-negative emissions and resilient communities for all by 2030, catalyzing other states, the nation and the world to take climate action.
Carbon footprint mapping: A powerful tool for revealing climate solutions

The Center welcomes Ross to the team
Scroll to top