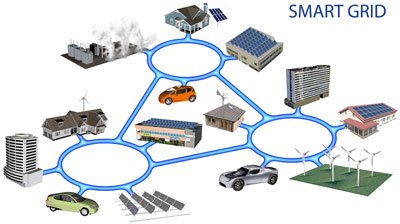 Jigar Shah is a keynote at The Business of Local Energy Symposium.  Register Now!

In his book Creating Climate Wealth: Unlocking the Impact Economy Jigar Shah grapples with the essential question of scaling already available green technology to its needed level quickly. While efficient and relatively inexpensive green technology that cuts carbon emissions is available, the required financing and political roadblocks to its wide-scale deployment remain daunting. According to Shah, these aspects of the problem are often mismanaged by entrepreneurs who falsely imagine that simply having a better technological mousetrap is enough to move the ball down the green business playing field. Importantly, Shah focuses on the political aspects of the problem. He argues that the traditional role of IOUs (Investor Owned Utilities) works against the “small is beautiful” philosophy that must play a critical role in releasing thousands of entrepreneurs to exploit the “$10 trillion dollar” business opportunity Shah claims awaits them. He claims that, like in politics, “…all energy solutions that will build our climate-wealth economy are local.”

The upshot is that Shah, along with many other well known green tech titans and entrepreneurs, are moving to embrace the distributed energy model, whose political expression is the creation of Community Choice Aggregation utilities. Experts point to CCA utilities like Marin Clean Energy and Sonoma Clean Power in California as promising vehicles for local business development. CCA plays the middleman in electricity sales that can apply utility bill profits toward local renewable energy development. Local energy projects provide local businesses and jobs as well as better energy security. This approach does not displace big utility companies, who retain a key role by maintaining and developing the electricity grid to accommodate the emerging green energy economy.

Moving to smaller scale, local energy has another important advantage. This was again reinforced for me recently when I flew into LAX from the East Coast and happened to open my airplane window shade as we passed south of the Ivanpah Solar Electric Generating System in the Mojave Desert. The radiant glare from that facility, probably forty miles north of our plane, was annoyingly bright. I recalled reading about the complaints from airline pilots about the facility. This is yet another of the “unintended consequences” of big, capital intensive projects. Whether it’s nuclear power, big hydro, or big solar, the unintended and harmful consequences over time of large, capital intensive projects are consistently impossible to foresee. This is one more reason Jigar Shah points out that many one million dollar projects are far better than big multimillion dollar projects. Clearly, rooftop solar is one type of small scale project whose deployment avoids calamitous environmental problems.

Yet, while rooftop solar is playing an ever greater role in the movement toward renewables, a large number of homes and businesses whose roofs are not optimal for solar panel power generation. Thus, local energy projects, including solar arrays, wind generation, geothermal, and other renewables need to be incentivized and exploited by CCA utilities to reduce carbon emissions and create “climate wealth” in the process. Part of the political solution to the problem may lie in applying energy credits or offsets to residences and businesses that invest in renewable energy projects in the CCA’s jurisdiction.

On October 23, Jigar Shah and other high profile green tech experts like Robyn Beavers, Jeff Byron, Stephan Kelley, and about thirty others will converge on Petaluma, CA for a “Business of Local Energy” symposium. There they will discuss the intersection of politics, finance, and technology that must be navigated to move the new energy economy to front and center in the world economy. Geof Syphers of Sonoma Clean Power and Jaime Tuckey of Marin Clean Energy will address the critical role that CCA utilities can play in the conversion to local energy. Registration for the event is at this at: www.localenergybiz.org

Our strategic goal: By 2025, California will enact policies to accelerate equitable climate action, achieving net-negative emissions and resilient communities for all by 2030, catalyzing other states, the nation and the world to take climate action.
Revenue-Neutral Fee and Dividend – Economic Energy for Local Solutions Energy Choices 1964-2014
Scroll to top