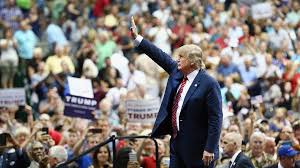 If you expect tension around your dinner table this holiday season, here are some tips for you.

First, listen. Be curious about what they think about this issue and appreciate what you have in common. You might want to explore the areas of common ground. For example, you might point out that a recent poll shows that 73% of Americans want the U.S. to emphasize alternative energy rather than oil and gas(1) – including  51% of Republicans. You might ask them what they think about clean energy like wind and solar that now cost about the same as coal and natural gas and in some parts of the country are actually cheaper.

Then you might slide in that according to a Gallup Poll done this Spring sixty-four percent of U.S. adults say they are worried a “great deal” or “fair amount” about global warming and sixty-five percent of Americans are now saying increases in the Earth’s temperature over the last century are primarily attributable to human activities rather than natural causes.

As they are probably aware Trump is not strong on climate change having said it was a hoax perpetrated by the Chinese and also campaigning on bringing back the coal industry. Even if he was joking about the Chinese thing, he also said that he is “not a big believer in man-made climate change.” But they might be surprised that there are actually several points of intersection between what it will take to address climate change and the consequences of doing nothing and some of Trump’s major campaign themes.

He spoke about increasing economic growth substantially, immigration and security and making America great again. Let’s consider each of these:

1) Economic Development: In his book “Creating Climate Wealth: Unlocking the Impact Economy” Jigar Shah, President of Generate Capital, describes climate change as the biggest wealth generation opportunity in a generation – on the $10 trillion scale. To give you a sense of where we are and where this could go.  Advanced Energy Economy released a report this year that shows that clean energy is now a $1.4 trillion dollar global industry, almost twice the size of the airline industry.

Right now about 70,000 people are employed mining coal across America, while the solar industry employs 208,000 (3) and is one of the fastest growing industries in the US – adding jobs at a rate 12 times faster than the overall economy according to a recent report. Presently solar power represents only about 1% of US electric generation capacity while coal was at 33% in 2015 (4) and declining, unable to compete against cheap natural gas prices. Imagine if we reversed these, so that solar provided 33% of our electricity – how many more jobs we would create! Instead of bringing back the coal industry, Trump should be doing everything he can to help accelerate solar growth. And remember these jobs can’t be moved overseas and can be created in rural as well as urban areas.

2) Immigration and Security: Trump seems to have struck a note here. Never mind that since 2009 more Mexicans have left the US than arrived here (5). Yes, we have allowed 10,000 Syrians to settle here in the last year, but Canada with a third of our population has accepted three times as many refugees and Europe more than 1 million. (6)

So rather than reacting to what seems to be a rather insignificant immigration problem now, perhaps we want to prevent what could easily become the biggest human refugee migration in history. Scientists tell us that if we continue burning fossil fuel at the current rate we can expect between three to over six feet of sea level rise (maybe much more if we lose the Greenland Ice Sheet ) by the end of the century. This could displace hundreds of millions of people worldwide and 4.2 million people would be displaced within the U.S. (7) Just imagine the cost of resettlement, the numbers of refugees seeking to immigrate to our country, the chaos and civil strife that this kind of human displacement will bring with it. The Pentagon calls climate change a “threat multipier” for this reason. This would be an immigration problem of almost unimaginable proportions – something we just cannot allow to happen.

3) Make America great again: This is Trump’s most often repeated promise. I think what this means to most people is that we have a vibrant economy, that we expect our children to have more opportunity then we did, and that our country is respected by others. I think this depends on the US rising to the challenges of our time and using our leadership and ingenuity to overcome them. We pioneered the airplane, the television, the personal computer revolution, the internet and now we have the opportunity to do it again with clean energy.

Last year there was a global agreement in Paris to reduce the greenhouse gas emissions that are responsible for the climate crisis. 190 countries did not sign this accord because they were snookered by the Chinese. Three decades of international negotiations, climate science that is increasingly ominous, and climate impacts that can no longer be ignored went into developing the consensus behind this agreement. And they will not wait for us. Our allies and our competitors are already investing in renewable energy. If we want a secure future and jobs for our children, we need to invest in where the economy is going not where we have been.  The US can be an either be an international pariah, out of step with the rest of the world in responding to climate change, or a global leader.

Business leaders understand this that is why 300 companies including Starbucks, Gap, Nike, DuPont, Mars, Levi Straus, Monsanto, Kellogg, Unilever and eBay sent Trump a letter saying they are committed to fighting climate change.

“We want the US economy to be energy efficient and powered by low-carbon energy,” they wrote, adding “failure to build a low-carbon economy puts American prosperity at risk.” (8)

There is reason to believe that Trump might reconsider his position on climate change and clean energy. Trump told the New York Times in a recent interview that he thinks there is “some connectivity” between climate change and human activity. When asked whether he would withdraw from the Paris accord, he said: “I’m looking at it very closely. I have an open mind to it.”

In 2009 he signed a business letter to President Obama and Congress to enact aggressive climate change legislation to reduce carbon emissions. The letter states that the clean energy demand from climate action “will spur economic growth” and “create new energy jobs.”

The letter requests. “Please allow us, the United States of America, to serve in modeling the change necessary to protect humanity and our planet.”(9)

So if the Trump supporter you are conversing with sees value in investing in future economic prosperity, while preserving the atmosphere for our children than you have a final request of them. Since they are a supporter, they have leverage – ask them to call or write Trump and to call their Congressional representative and tell them that the US needs to live up to its commitments, be a global leader on climate and invest in renewable energy that will help create prosperity at home. Now that is leadership that I suspect a strong majority of us want for our country! That would make America great again!

Our strategic goal: By 2025, California will enact policies to accelerate equitable climate action, achieving net-negative emissions and resilient communities for all by 2030, catalyzing other states, the nation and the world to take climate action.
California civic leaders champion climate change