Highlights in the decision include:

These changes, as a package, will improve rate stability and transparency, and will preserve CCA’s autonomy in determining their own energy portfolio.

On the downside, the Commission did not institute a “sunset” on the exit fees, a measure long sought by Community Choice advocates. A sunset would impose a point in time when the exit fees would no longer be charged to CCA customers.

A second phase of proceeding will be opened and a pre-hearing conference will be scheduled to consider scope and issues. At this time the following are some of the issues to be addressed:

Stay tuned for future updates at the Center’s e-news.

*It is important to note that this is a Proposed Decision on which comments are being received by parties to the proceeding, and which will be decided on in a final vote in September. The changes take effect in January 2019 if adopted. It is also important to note that this is not the end of the issue. This Proposed Decision addresses some but not all of the issues revolving around the exit fees, also known as the Power Charge Indifference Adjustment or PCIA.

Late-breaking news: on August 14, just as we were going to “print” on this e-news edition, the CPUC issued an “alternative” proposed decision that appears to be less favorable to CCAs. We are currently assessing that decision. Check back in the next e-news for an update. 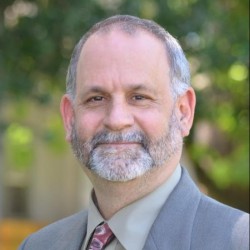 The benefits of pursuing Community Choice Energy in Fresno

PG&E Bankruptcy - what does it mean for customers, the climate, and communities?
0 replies