As climate-related electricity system disruptions grow more frequent and severe, we urgently need effective local strategies to achieve decarbonization, resilience, social equity, and security. Community Choice Agencies (CCAs) are uniquely well-positioned to play an important role in helping their communities prepare for and respond to disruptions. They can also play a key role in navigating to a 21st century decentralized electricity system that is very low in carbon emissions, safe, resilient, and accessible to all. 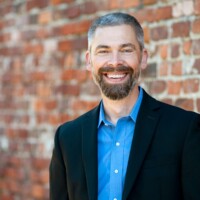 Mr. Geof Syphers is the Chief Executive Officer of Sonoma Clean Power, a position he has held since the program’s inception in 2013. Under his leadership, SCP now serves 600,000 people throughout Sonoma and Mendocino counties with cleaner power at competitive rates. Prior to his current position, Mr. Syphers worked for 20 years as an energy consultant to utilities, public agencies and private companies. His work has spanned micro grid design, zero-carbon community design and energy efficiency program implementation. He served as the Chief Sustainability Officer for Codding Enterprises and was the founding Director of DNV’s Green Building Group. 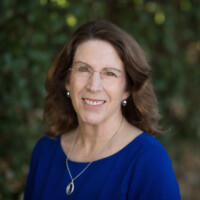 Jan Pepper has over 30 years of energy and utility experience, with a focus on renewable energy contracting and financing. She joined Peninsula Clean Energy as CEO in May 2016 and has grown the organization to its current state.  Jan was elected to the city council of Los Altos in 2012 and served as Mayor from December 2014 to December 2015. She was re-elected in 2016 for a second four-year term and served as Mayor from December 2019 to December 2020. She served on the Board of Directors of the Bay Area Air Quality Management District from 2013 to February 2017. She earned a BS in civil engineering and an MBA, both from Stanford University. Jan is a registered professional engineer in California. Jan formerly worked at Silicon Valley Power and has founded four energy-related start-ups. At APX, she developed and pioneered the first use of renewable energy credits, which are now the standard currency for trading and tracking renewable power.