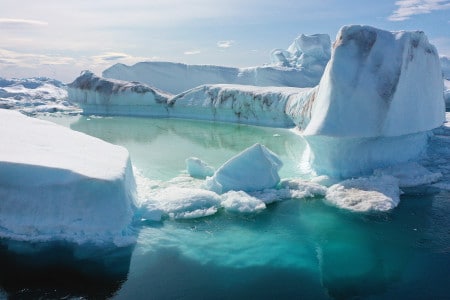 Humans are playing Russian roulette with Earth’s climate by ignoring the growing risk of tipping points that, if passed, could jolt the climate system into a new state, potentially making the earth so hot it would be less habitable, scientists are warning ahead of the annual UN climate summit.

Research now shows there is a higher risk that “abrupt and irreversible changes” to the climate system could be triggered at smaller global temperature increases than thought just a few years ago, a group of top scientists wrote Wednesday in the scientific journal Nature.

“To err on the side of danger is not a responsible option,” they wrote. “What we’re talking about is a point of no return, when we might actually lose control of this system, and there is a significant risk that we’re going to do this,” said Will Steffen, a climate researcher with the Australian National University and co-author of the commentary. “It’s not going to be the same conditions with just a bit more heat or a bit more rainfall. It’s a cascading process that gets out of control.”…

Two new reports published this week by the United Nations show that international efforts to slow global warming are falling far short of what scientists recommend.

The Emissions Gap Report—an annual assessment of global pledges to cut greenhouse gas emissions—shows that countries’ current pledges under the Paris climate agreement will still raise global temperatures 3.2°C (5.8°F) by the end of the century, well beyond the Paris goal of limiting warming to well below 2°C (3.6°F). The Production Gap Report shows that current fossil fuel production plans will lead to 50 percent more oil, gas and coal produced by 2030 than would be allowable to still meet that goal.

The Earth is now warming faster and CO2 levels “are increasing at rates that are an order of magnitude higher than at the end of the last ice age,” when rapid climate change destabilized the climate quickly, the scientists write in the Nature commentary….

Our strategic goal: By 2025, California will enact policies to accelerate equitable climate action, achieving net-negative emissions and resilient communities for all by 2030, catalyzing other states, the nation and the world to take climate action.
We have to cut GHGs 7 percent every year for the next decade to meet Paris Accord...

Climate tipping point is closer than we think
Scroll to top