It would be hard to make it through a newspaper over the last few months without hearing about the youth climate activist movements – Fridays for Future, Sunrise, Youth vs. Apocalypse, and the Green New Deal. The Center for the Climate Protection has the honor of working with some of the youth involved in these movements and helping them to find their voice and power. The Center’s ECO2school program is training these formidable youth and we are helping them live with integrity by tracking their own greenhouse gas emissions.

Earth Club President Nima Sherpa, a junior at Sonoma Valley High School (SVHS) is deeply committed to raising awareness and demonstrating leadership on environmental issues. Nima shares her concerns about the impacts of a changing climate on the Sherpa communities of Nepal and the village where her family hails from. Their livelihoods depend heavily on farming and tourism, both affected by dramatic shifts in weather patterns. She understands the global interconnectedness of the climate crisis and is determined to help her peers and local community realize the same and engage in local solutions.

With a warm smile and soft but zealous voice, she welcomes her eco-club members every week on Tuesdays at lunchtime in the school’s “K” building. “ECO2school helped me a lot in terms of leading earth club and engaging more people on my campus. I learned that I’m capable of running a club and that being a leader in the community came to me easier than I had imagined” says Nima. This young activist stayed on her toes and made sure the wheels were churning throughout the year. Every week she met with a group of environmentally conscious and committed members like her including seniors Alexandera McIntyre, Esveldy Gutierrez, Jacquelyn Torres, juniors Ava Powers, Sydnie Raup, as well as sophomores Tenjing Sherpa, Camille King, and freshman Grace Utnehmer.

Earth club leaders advocated for an environmental action theme during the school’s annual “Bee Kind Week” celebration. They organized a creek clean up, an on-campus Earth mural and brought an emission reduction focus to their actions. In partnership with ECO2school, the team put their energies and passion into organizing “Cocoa4Carpool” and “Walki4Guayaki” days. These simple and fun actions helped raise eco-consciousness among teens by rewarding healthy transportation habits with a hot cocoa or a cool Guayaki drink as students arrived at school in the morning! Eager to take it up a notch during the spring, despite the prolonged wet season, the team organized a 2-week ECO2school Challenge.  About a hundred students participated by choosing active and shared modes of transportation, keeping 1000 lbs of CO2 from being emitted.

Albeit a small dent in the 474 tons of CO2 emitted from this school’s commute per year (source: ECO2school’s 2018 fall survey), club leaders were heartened that the incentive-based campaign nudged their peers to experience (seemingly) small but important shifts in transportation behaviors towards more walking, biking, transit use and carpooling. Based on the transportation survey, about three-quarters of the school’s 1300 students’ school commutes are by car, with approximately 10% walking or biking and a similar percentage commuting by bus. In a school where more than two-thirds of the students live within a 3-mile radius of the school, there is still tremendous scope for increased walking and biking to school.

“Attending ECO2school’s Green Teen conference was a highlight for me and my friend Tenjing, where youth were actively using their voices to advocate for the environment,” said Nima as she recollected some of her favorite moments of the year. Organized by ECO2school’s Youth Advisory Board, Green Teen took place in November 2018 in Santa Rosa. Around the same time the clarion call of youth across the nation and the world was rapidly picking up momentum through the Fridays for Future, Sunrise, Youth vs Apocalypse and the Green New Deal movements. On Friday, March 15th, SVHS students joined in on a climate demonstration.

This groundswell global movement is comprised of an ecosystem of local groups like the Sonoma Valley Climate Coalition, 350 Sonoma, Sonoma Ecology Center and very importantly teachers on campus, which give these student leaders hope and motivation as they discover their voice and power. 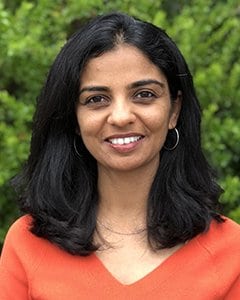 Maitreyi discovered in her teen years her passion for holistic education – finding purpose in life through connections to the natural world, our community and to values of compassion and peace.