As a climate and social justice activist and advocate, I am excited to join The Climate Center as its first Institutional Giving Manager and work to ensure that my home state of California achieves net-negative emissions and serves as a model for other states and countries. Though I grew up in San Francisco, my environmental career began at Middlebury College in Vermont, which I chose due to the strength of its Environmental Studies program and the presence of faculty like Bill McKibben.

After earning a B.A. in Environmental Policy and minor in Psychology, and learning Portuguese to study abroad in Brazil, I attended the Middlebury Institute of International Studies in Monterey, CA to obtain an M.P.A. in International Nonprofit Management. I soon became the Development Assistant for the Environmental Defense Fund in Boulder, CO. While enjoying the challenge of major gifts fundraising (and the challenge of summiting all of Colorado’s 14ers), I felt somewhat disconnected from our programs and yearned to be on the grassroots level, so I decided to move to Guatemala (where a number of my ancestors lived).

There, I managed major donor accounts for a nonprofit called Mayan Families, which works to advance education, nutrition & health, and economic development for indigenous communities around Lake Atitlan. The majority of my colleagues were locals, who spoke Spanish as well as K’iche’, Kaqchikel and Tz’utujil. After my contract ended I moved to Cusco, Peru to work as Strategic Relations Manager for the Association of Andean Ecosystems (ECOAN). As the only English-speaker in the office, I helped them develop relationships with U.S. foundations and raised money to create protected conservation areas for the habitat of critically endangered birds in the Sacred Valley and Amazon. In both places, I remember being so moved by seeing the social injustices suffered by indigenous Guatemalans (worsened now, by COVID-19) and the strong desire of Quechua-speaking communities to coordinate with us in restoring their land, for their own benefit as well as for the earth. Similarly, as a mountaineer, I remember being saddened by seeing glaciers recede from one year to the next in the Cordillera Blanca. During my time abroad, I garnered a deep respect for the systemic challenges these organizations and communities face. I joined Mayan Families’ Board of Directors in January 2021 and still provide occasional translations for ECOAN.

In late 2016, I moved back to San Francisco to be closer to family. Armed with the desire to focus on social justice in my environmental work, I joined the development team at Friends of the Earth’s as their Grant Writer, raising foundation funding for projects ranging from arctic shipping standards to China sustainable finance to reducing pollinator-harming pesticides in retailer supply chains.

As time goes on, it becomes ever more apparent that the poorest, the elderly and people of color tend to have the least capacity to cope with crises like pandemics and the impacts of climate change, including drought, flooding, hurricane-force winds, and sea-level rise. We have the moral obligation to protect low-income and vulnerable populations while providing them with energy access, and to ensure that government health and education resources reach historically marginalized communities. I am excited to continue my career with The Climate Center and look forward to tackling these challenges in the years to come. 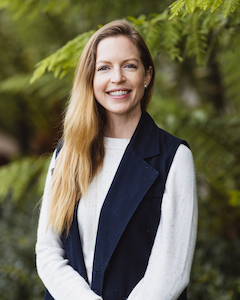 Emily Hendrick is an experienced fundraiser for nonprofit organizations focused on environmental issues and social justice.