“An experience out of this world.”

These are the words and phrases used by inhabitants of Caribbean islands as Hurricane Irma tore through the region last week.

By this time, Irma had already broken the record for strongest sustained winds, howling at 185mph for 24 continuous hours. It had also destroyed 95% of the buildings on the small islands of Barbuda and St. Martin.

It barreled towards Florida, but fortuitously weakened and moved inland. Four lives were lost as of mid-day on September 11th, and property damages were costly. Over 6 million people are without power. Still, the US averted the worst predicted effects.

This took place just two weeks after Hurricane Harvey broke the continental US record for rainfall in a single event. It killed 70 people and caused as much as $200bn in damage.

As we take stock of these weather-related disasters, we must not be shy about mentioning climate change in their context. Scientific techniques cannot yet attribute any particular event, or any feature of an event, to climate change. But we do know this: we can expect more intense storms as our oceans and atmosphere warm.

Events like Irma or Harvey could occur without climate change. But on average and over time, climate change amplifies the impacts of hurricanes.

A colleague, Pete Gang, once said that ignoring the link to climate change is like getting diagnosed with lung cancer and not acknowledging that a lifetime of cigarette smoking could have contributed to it. We can’t conclude that any particular cigarette caused the cancer. But it doesn’t take a great deal of imagination to connect the dots and see the bigger picture.

For those of us who have connected the climate dots, we also shouldn’t be cowed into silence in fear of politicizing a tragedy. These events are political, in the sense that policy and government affect them. Does Miami have funding to build sea walls and elevate its streets? Will Houston revisit its zoning rules to prohibit construction in potential flood areas? How will the government help Florida and Texas residents rebuild their lives after the deluge? These events already are political.

In a wider moral view, it would be irresponsible not to mention climate change with respect to these events. If we fail to make these connections, we will not prepare for future havoc wrought by planetary warming.

The dots are getting easier and easier to connect. As the southern US recoils and recovers from downpours and flooding, Montana and North Dakota face the worst flash drought since recording began 100 years ago. Wildfires are raging in Washington and Oregon, and British Columbia is enduring its worst fire season in 60 years. Portugal is facing its worst drought in 20 years.

Opening one’s mind and heart to the magnitude of the crisis we are facing at a global level is crushing. Yet there is no other way forward.

As George Marshall writes in “Don’t Even Think About It: Why Our Brains Are Wired To Ignore Climate Change,” everyone denies climate change from time to time. Yes, everyone – even those of us who have connected the dots. It’s one of the ways we cope. To deal with the anguish of worldwide ecological catastrophe, sometimes we just have to forget about it.

Here is your invitation not to forget about it this time. Don’t let the vicissitudes of daily life take over and lull you back into a gentle denial. It’s a common experience in the climate movement, so you’re not alone. Together we can keep each other awake.

If you’re hungry for ways to pitch in, The Climate Center has a list of ways for you to engage in this movement, including a list of actions you can take. We’re also hard at work designing a way for people to come together and make a difference on a regular basis. (Stay tuned into upcoming e-news for more.) There’s a bill in the California legislature, SB 100, that would require the state to reach 100% renewable energy by 2045. Call and write to your representatives in support of this bill. 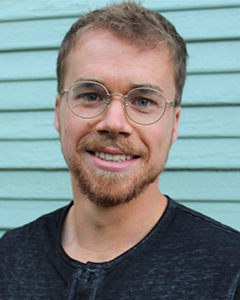