What do “Argus” and “Amory” have in common? On April 18th, they both published opinions supporting the Energy Innovation and Carbon Dividend Act, H.R. 763.

In “The True Cost of Carbon”, the Petaluma Argus Courier writes that global climate change is a local issue. “Fires, exacerbated by global warming, tore through the North Bay in 2017, causing an estimated $14.5 billion in damage.” They explain the fundamental economic flaw that encourages carbon pollution, using the example of City services: “Do you expect the trash collector to empty your bin if you haven’t paid your garbage bill?” There’s the problem: “it turns out that the current price of polluting the atmosphere by burning climate changing fossil fuel is $0.”

Amory Lovins has been a leading advocate of the energy “soft path” since his landmark 1976 piece “The Road Not Taken”. In his New York Times op-ed “A Market-Driven Green New Deal? We’d Be Unstoppable”, Lovins argues government regulatory, incentive, and research programs are essential, but incomplete without carbon pricing. (This echoes the original Green New Deal idea, a term coined by Thomas Friedman in 2007.)

Lovins doesn’t mention the “Energy Innovation Act” by name, but he describes precisely what it will do: “correct our biggest market failure by putting a price on carbon by taxing it and then rebating the revenues equally to all citizens. (This) would be ‘the most cost-effective lever to reduce carbon emissions at the necessary scale and speed,’ according to a recent statement signed by more than 3,500 economists, including 27 Nobel laureates’”.

The Energy Innovation Act (EIA) embodies an elegantly transparent form of carbon pricing known as carbon fee and dividend (CF&D. It’s often and unfortunately confused with Cap and Trade.) It uses the power of the entire economy to accelerate the shift to low emissions energy. Citizens’ Climate Lobby, a global non-partisan non-profit with over 125,000 supporters, has for over a decade been quietly pulling the levers of political will for a CF&D bill. First introduced in the Senate and House last year, the current House version of the EIA has 35 co-sponsors (as of this writing, Mike Thompson and Jared Huffman have not co-sponsored).

The EIA addresses the failings of other forms of carbon pricing – cap and trade, carbon and gasoline taxes — in several ways. By levying the fee where GHGs enter the US economy — at the point of extraction or import — they efficiently cover every downstream use and sector, not just utilities or motorists. But, as the Argus asks, “won’t the producers of oil and gas just pass the cost onto consumers?” They answer, “Yes, and that’s part of the solution, sending a strong price signal to businesses and consumers to choose low-carbon options and invest in energy efficiency.”

Another common objection: wouldn’t the fee hurt low income families and force carbon-intensive businesses overseas? Lovins responds that “combining carbon pricing with border tax adjustments and rebates for citizens would ensure we didn’t export our emissions or hurt working-class Americans.” Unlike gasoline taxes, the EIA is not regressive. This is a result of having 100% of the net fee revenues rebated to families in per-capita monthly dividends.

A careful study of the financial impact of CF&D found that low and middle income families would either come out ahead or break even. The lowest income quintile, after paying for the fee-induced higher energy costs, would have fully half of their dividend left over to spend on other needs. The border adjustment collects the fees on imports from countries without carbon pricing, removing the incentive to go offshore, and incenting those countries to adopt their own carbon pricing.

The EIA is bipartisan for good reasons. Progressives who support the guaranteed income provisions of the Green New Deal like the EIA’s dividend. People will finally be getting direct compensation for having the air they breathe used as a waste dump, which disproportionately affects the health and safety of low-income families and frontline communities. Conservatives, like RepublicanEn founder and CF&D supporter Bob Inglis, recognize that the dividend is not an entitlement. It enforces personal accountability for their contribution to pollution, and rewards people for what he calls “carbon virtue”. It ends when the pollution ends. Ronald Reagan’s Secretary of Treasury George Shultz reminds conservatives, “It’s not a tax if the government doesn’t keep the money”.

What does this mean to businesses in the North Bay, especially those who preach and practice reducing their CO2 emissions. First, they will be ahead of their competitors who haven’t prioritized shrinking the carbon footprint of their products, operations and supply chains.

Second, they will see carbon dividend dollars spent on their products and services. The prestigious and non-partisan Regional Economic Modeling, Inc published the most exhaustive analysis to date of carbon fee and dividend as proposed by CCL and the EIA. The 2014 study found the measure would, over 20 years, add 2.8 million jobs above baseline due to the stimulus effect of families getting a predictable three-figure monthly deposit in their checking account (all this while reducing CO2 emissions 50% below 1990 levels.)

Third, we can all celebrate with our children as we watch the local, national, and global emissions curves bend and trend downward. By changing the underlying economics of every transaction involving embedded emissions, it will scale-up and supercharge all the other efficiency and clean energy measures — from tax credits to performance standards to the community energy programs supported by The Climate Center and Sonoma Clean Power.

And, because it’s bipartisan and puts money in everyone’s pocket (who would dare repeal that?), it can provide a stable and durable foundation for the myriad other measures we must quickly take to draw down GHGs and rescue our planet. It’s not too good to be true. It’s too good to ignore.

In recent years, before H.R. 763 was introduced, CCL’s CF&D proposal was endorsed by our local County Supervisors, the cities of Santa Rosa, Petaluma and others, Sonoma Clean Power, and the Santa Rosa Press Democrat. Most notable among recent business supporters, the Silicon Valley Leadership Group is now lobbying Congress for the EIA.

The inertia behind fossil fuel business-as-usual is immense. Changes in personal and business behavior are helpful, but inadequate – the economic playing field is tilted toward dirty energy. We will change that when we make federal climate policy advocacy a high priority. We can start by learning about — and endorsing — the EIA at energyinnovationact.org , and asking our Representatives and Senators to do the same.

In the closing words from the Argus Courier, “The world faces no issue more important today than climate change. It’s time to take action.” 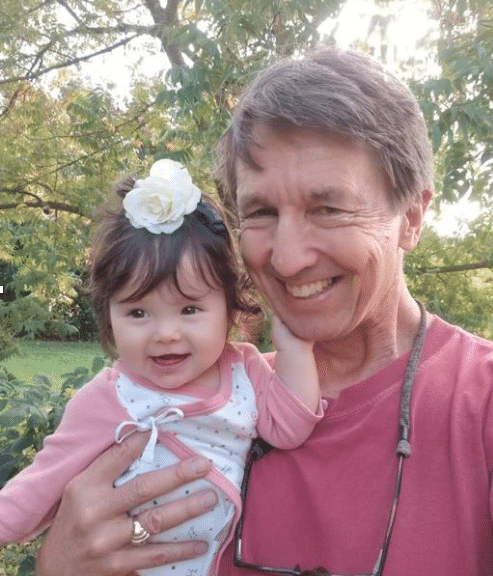 Bruce Hagen is a full-time volunteer for CCL’s Business Climate Leaders Action Team, which can help business and community leaders leverage their influence across their community, their industry, and nationwide. If you want to know and do more, feel free to contact him at bruceh@businessclimateleaders.org.

How to make carbon pricing palatable to air travelers

Can the catastrophic fires bring some sanity to Australian climate politics?

Exxon mobil lends its support to a carbon tax proposal

The Forks in the Road after the Paris Agreement

Our strategic goal: By 2025, California will enact policies to accelerate equitable climate action, achieving net-negative emissions and resilient communities for all by 2030, catalyzing other states, the nation and the world to take climate action.
Putting the “A” in climate action planning

Burning thighs are better than a burning planet
Scroll to top