BLUE LAKE, Calif. — After months of wildfires, an essential question in a warming, windy California is this: How does the state keep the lights on? A tiny Native American tribe, settled here in the Mad River Valley, has an answer.

Build your own utility. 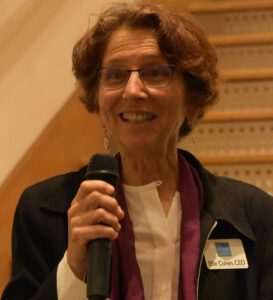 Community microgrids offer a way for neighborhoods, villages, towns and cities to meet their energy needs locally. Some make a community’s electricity more reliable and green; others serve critical facilities like fire, police and water treatment facilities; and still others are built for remote outposts that otherwise lack access to electricity.

Because their development can be complex, community microgrids often take more time to build than microgrids for businesses, institutions or campuses. So there are fewer in operation. But they are beginning to emerge worldwide. Here are four model community microgrids that illustrate a range of approaches to local energy.

Lithium-ion battery prices have seen a dramatic decline in manufacturing costs over the past decade. The below chart from a Bloomberg New Energy Finance report released today shows the steady march downward in prices.

In fact, the chart may be understating things a bit. BNEF forecasts that the industry will see $100/kWh by 2023. However, one industry insider told me recently that he’s already seeing costs near that point. If so, that price level may prove to be an inflection point for several major industries.

If energy and transportation planners stop seeing their sectors as separate markets for batteries—a World Resources Institute researcher argued last week—there will be more than enough energy storage to go around.

“An electric vehicle, because of the battery, is really both a mobility asset and an energy asset,” said Camron Gorguinpour, WRI’s global senior manager for electric vehicles, “and so we really want to start looking at the duality of electric vehicles rather than really just trying to focus on one thing.”

Vehicle-to-grid technology is not a new idea—China jumped on it early—but it looks like an increasingly promising idea as electric-vehicle adoption takes off.

We can move faster installing microgrids, but you need to make some changes. That’s the overarching message from microgrid companies to California regulators as the state faces utility power shutoffs for years to come.

The recommendations are pouring into the California Public Utilities Commission as it attempts to translate into regulation a law (SB 1339) that calls for the state to facilitate the commercialization of microgrids.

This article was originally published in the Pacific Sun on October 30, 2019.

Once again, PG&E’s impact on the public brought it negative attention and, this week, multiple competing proposals from California lawmakers that may drastically change the future of the utility.

On Monday, the stock price investor-owned utility parent company tumbled after a weekend of fire, widespread power shut-offs and the evacuation of approximately 185,000 residents.

Meanwhile, approximately 960,000 customers across the state, including almost all of Marin County, sat without power due to a widespread Public Safety Power Shutoff instituted by the utility.

In recent weeks, state politicians, including Gov. Gavin Newsom, have been more inclined to publicly criticize the state’s largest utility while Wall Street players continue to consider whether they’re interested in the bankrupt utility.

On Monday, Assemblymember Marc Levine, whose district covers Marin County and the southern half of Sonoma County, announced a plan to increase oversight of the utility by creating legislation to install a “responsible adult in the room to right PG&E’s wrongs.”

Under Levine’s legislation, which he plans to introduce in January 2020 when the next legislative session begins, the California Public Utilities Commission would create a test to determine whether a Public Administrator should be appointed to oversee PG&E.

The CPUC’s test would include “an analysis of PG&E’s financial health, the reliability of the utility’s infrastructure and its safety record,” according to a statement from Levine’s office.

“The Public Administrator would be authorized to work with PG&E leadership and make decisions necessary to restore critical infrastructure, ensure that proper safety protocols are followed and increase public confidence in the utility,” according to the statement.

Still, with two massive power shutoffs in October and several fires over the weekend that may have ties to PG&E’s equipment, the Legislature’s January session seems a long way off.

Now Berkshire Hathaway, an investment fund owned by Warren Buffett, may be in the running to purchase the utility.

At least, Newsom was reportedly supportive of the idea, according to a report from Bloomberg News on Saturday afternoon.

“We would love to see that interest materialize, and in a more proactive, public effort,” Newsom told the business publication. “That would be encouraging to see. They are one of the few that are in a position to make a significant run at this.”

Levine was not as interested, saying that neither Buffett’s firm, nor any other investor, would save Californians from “years of misplaced priorities” by PG&E’s management team. Furthermore, Berkshire Hathaway’s track record of investing in dirty energy sources, including coal, could cause concern in a state focused on reducing its impact on the climate.

In April, Buffett told CNBC that reports of Berkshire Hathaway’s interest in buying PG&E were “100 percent not true.” He has yet to comment on the reports over the weekend. However, after a disastrous weekend for the utility and its customers, analysts speculated about whether any private bidders will still be interested.

PG&E has already acknowledged its equipment may have involvement in starting the Kincade Fire in Sonoma County and another fire in Contra Costa County.

Prior to the October 2017 fires, the company’s stock price briefly topped $70 per share in September 2017. The price fell with each successive debacle.

On Tuesday morning, U.S. Congressman Ro Khanna announced his support for a public takeover of PG&E.

“When you have a state that has Apple, Google and Tesla in it, there’s no excuse for not getting power to our people,” Khanna, who represents San Jose and nearby cities, said in a statement. “I’m calling on Gov. Newsom to support turning PG&E into a customer-owned utility. We need to have more municipal public utilities providing energy.”

While the push and pull between those calling for a public takeover of the utility and those advocating for continued private ownership has existed for the past 100 years, the current moment may be historic, according to Woody Hastings, an energy analyst at The Climate Center, a nonprofit in Santa Rosa.

(DISCLOSURE: This reporter completed an unpaid internship at the Climate Center in the summer of 2013.)

“PG&E is hugely vulnerable. This is a watershed moment,” Hastings said on Monday.

“Every penny needs to be reinvested into making safety improvements, developing a 21st-century system, and combating climate change,” Hastings said.

In his personal view, some sort of public ownership could help achieve those goals. Although existing publicly owned utilities in the state are not perfect, they are responsive to people, not profit, Hastings says.

Levine does not currently support a public buyout of the utility. PG&E’s aging infrastructure, including 90-year-old transmission lines in Marin County, would constitute a “massive liability” for anyone, public or private, who buys the utility, Levine says.

Levine also said San Francisco’s recent offer to purchase PG&E’s infrastructure within the city for $2.5 billion could increase the burden on other PG&E ratepayers.

Instead, Levine says someone acting in his proposed Public Advocate role could help PG&E right the ship.

The “adult in the room” would be in a position to guide PG&E to reinvest any shareholder profits into much-needed infrastructure improvements, Levine says.

This piece was originally published in the Mercury News opinion section on October 25, 2019. (Subscription required.)

The dramatic increase in the size and severity of California’s wildfires in recent years is just one example of the devastating effects of climate change. PG&E’s power shutdowns this month due to high-fire-risk wind conditions is a stark reminder that our aging and unstable electrical system must be replaced now, not decades from now.

In response to power shutoffs, homeowners, businesses and managers of critical facilities, such as city halls, fire stations, hospitals and schools, currently buy fossil fuel-powered back-up generators. But dirty diesel generators are not the solution. They are heavy polluters, noisy, expensive to operate and are themselves a fire risk. Further, replenishing the supply of diesel fuel is not always possible during an emergency.

There is a better way. California needs a new decentralized power system with clean, resilient energy sources. A more resilient system would reduce the number of outages both planned and unplanned. A decentralized system would enable utilities to better target specific outages and operationally isolate local electricity generation from the larger grid. This would ensure that essential governmental, health and other services would remain powered in communities during outages.

To get started building a decentralized system from the bottom up, every community should identify its critical facilities—water supply, wastewater treatment, first responders and community care centers—and decide where to install new local renewables and storage to create community microgrids. Building microgrids at the community level to generate and store electricity makes more sense than leaving it to random business and residential deployments with everyone prioritizing their own facilities and needs.

To accelerate building community microgrids, The Climate Center started the Advanced Community Energy (ACE) initiative. ACE works to provide funding, technical expertise and local capacity for cities and counties to plan and implement local clean energy and battery storage systems to keep the lights on when grid power goes off. ACE planning involves collaboration between local governments and stakeholders, from residents including those in disadvantaged neighborhoods to electric distribution utilities, clean energy developers and technology companies.

Some California local governments have already started developing community microgrids, such as in Oakland, Eureka and Santa Barbara. These efforts need to expand to other communities soon. A statewide program to ensure that all cities and counties have the funding and technical support to conduct collaborative, participatory planning processes is essential.

To fully implement community microgrids statewide, we must transform our regulatory policies and institutions by revising market rules so that thousands of small-scale-distributed energy resources can be compensated for providing local energy services. We need to direct the California Public Utilities Commission (CPUC) to develop regulatory rules for the big electric utilities to collaborate in good faith with the cities, counties and other stakeholders in their service areas.

We also need market signals to enable this transformation, starting with increased state funding to support critical facility microgrid projects. The first state supported community microgrids should be established in high fire risk areas in disadvantaged communities, and eventually should cover all of California.

Community microgrids are the logical next step in California’s remarkable history of energy policy innovation. The Advanced Community Energy initiative offers a blueprint for engaging local governments and the communities they serve in creating a clean, resilient, more affordable and equitable electricity system.

Ellie Cohen is CEO of The Climate Center, a California-based nonprofit working to enact the bold policies required by the science and climate reality to reverse the climate crisis.

Many thanks to Kurt Johnson, Susan Thomas and others at The Climate Center for assistance in writing this piece.

Construction on a $1 billion energy storage system in central Montana could start as soon as next year after its sponsors said Friday they reached a financing agreement with a Danish firm that invests in renewable energy.

Next up, he said, is to make arrangements with utilities or others interested in using the Montana facility to complement their own electricity generation.